You Look Like You’ve Seen a Ghost: Interview with Community Artist NIRA

It was a long fall from Overwatch to Talon for Gabriel Reyes. The path from Solder 24 of Overwatch to Reaper of Talon was one of darkness, despair, and deception. To tell this haunting story, The Overwatch Team collaborated with community artist NIRA to create some haunting in-game sprays.

NIRA joined us for an interview about their experience working with the Overwatch team on the Reaper’s Code of Violence Challenge!

Will you tell us a little about yourself?

I am an illustrator in Japan under the name NIRA. I create original characters and draw fanart of my favorite works.

What is your biggest motivation for creating artwork?

I often find my inspiration in movies, games, and when I see other artists’ great artwork on social media. Of these, games have had the greatest influence on my work.

Are you a gamer? What is your favorite part of creating fanart for games?

I've always loved games! If I like the world, or the concept, I'll play any game regardless of genre.

I draw impactful scenes from the games when it comes to fanart. It is always my hope to express them in my own unique and cool way.

What attracted you to Overwatch?

I am a big fan of Overwatch, so I play the game often!

My favorite part of Overwatch is that it’s not impossible to turn a disadvantageous situation around if you work well with your team. A well-timed ultimate or strong counter-pick can completely turn around a game.

Also, I used to be bad at FPS, but Overwatch made me feel less bad about it. I also like the fact that you don't necessarily have to kill your opponent to contribute to the team.

What are your favorite roles or heroes in Overwatch??

My main role is support, and I often play Moira, Ana, and Lucio! When I am not playing support, I really like to play Cassidy and Sombra.

I like all the heroes, but my favorite is Reaper. The reason I like him so much is very simple: I like his fighting style and design. The strength of his Ultimate also matches the characterization and is very appealing.

How did you feel when you got a call from the Overwatch team for this collaboration?

Of course, the first and most important thing I felt was happiness.

At the same time, I honestly couldn't believe that my illustration would appear in a game I've been playing since the day it was released. 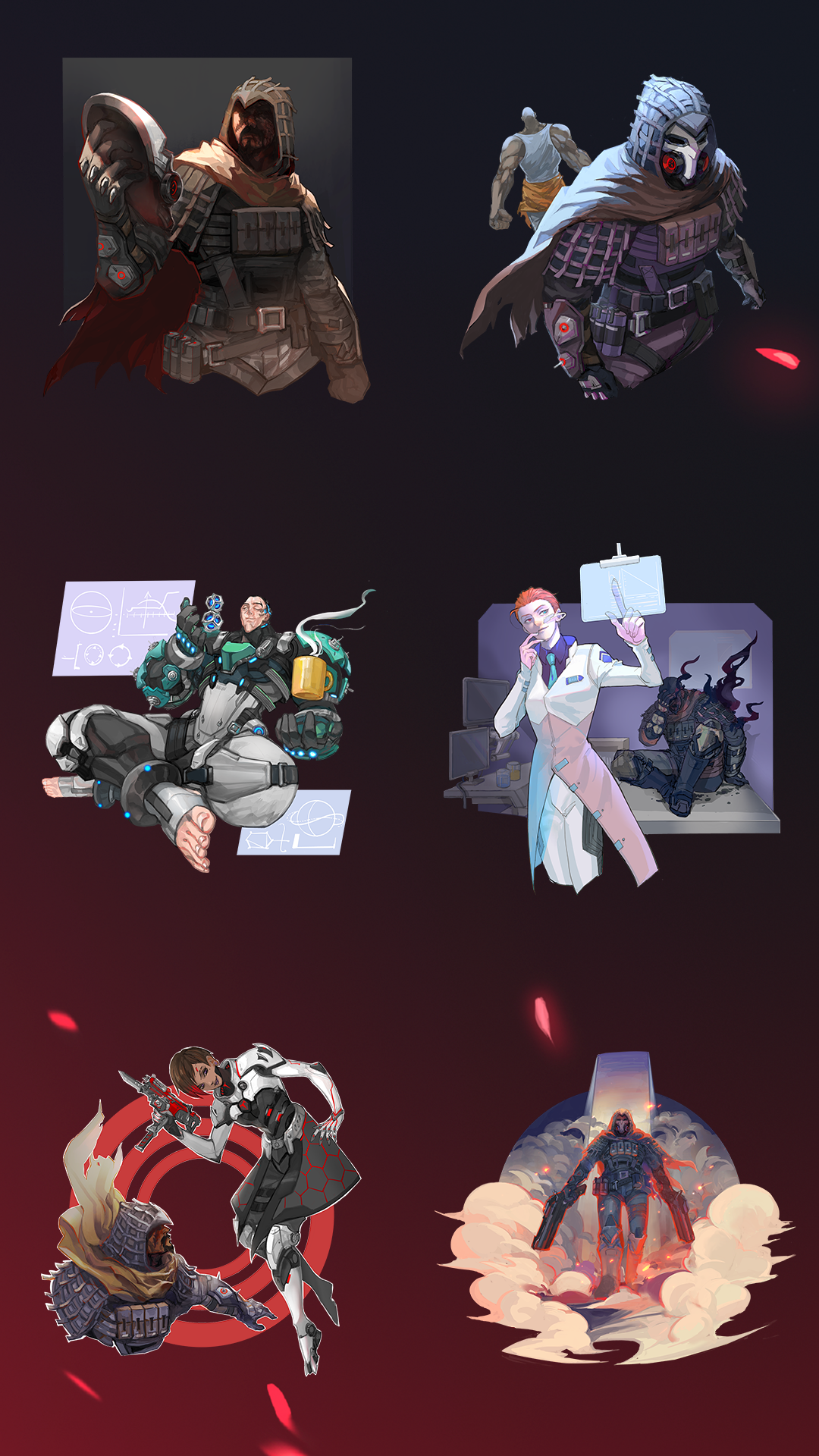 What was your impression of Reaper before and after drawing his spray art?

This is not a drastic change from the image I had in my mind through the earlier animated shorts and comics.

However, the spray art is the first time I've seen the story of how and why Reaper came to join Talon. I learned that Gabriel Reyes is a sensitive person with many inner conflicts. I think you will enjoy the spray art more if you read the newly released novel.

Are there memorable events about this experience working with the Overwatch team that you would like to share?

The spray art had to be designed to be simple and easy to understand, but I found myself drawing in too much detail during the creation process.

However, with the advice of the development team, I was able to correct the course of the project while making good use of my own taste. As a result, I think it turned out to be a good product.

What was your favorite spray art for you to draw and why?

The spray art with Reaper and Sombra titled “Death and Deceit” is my favorite. I tried to make it stylish and a little comical at the same time. I think I was able to express the relationship between the two well. 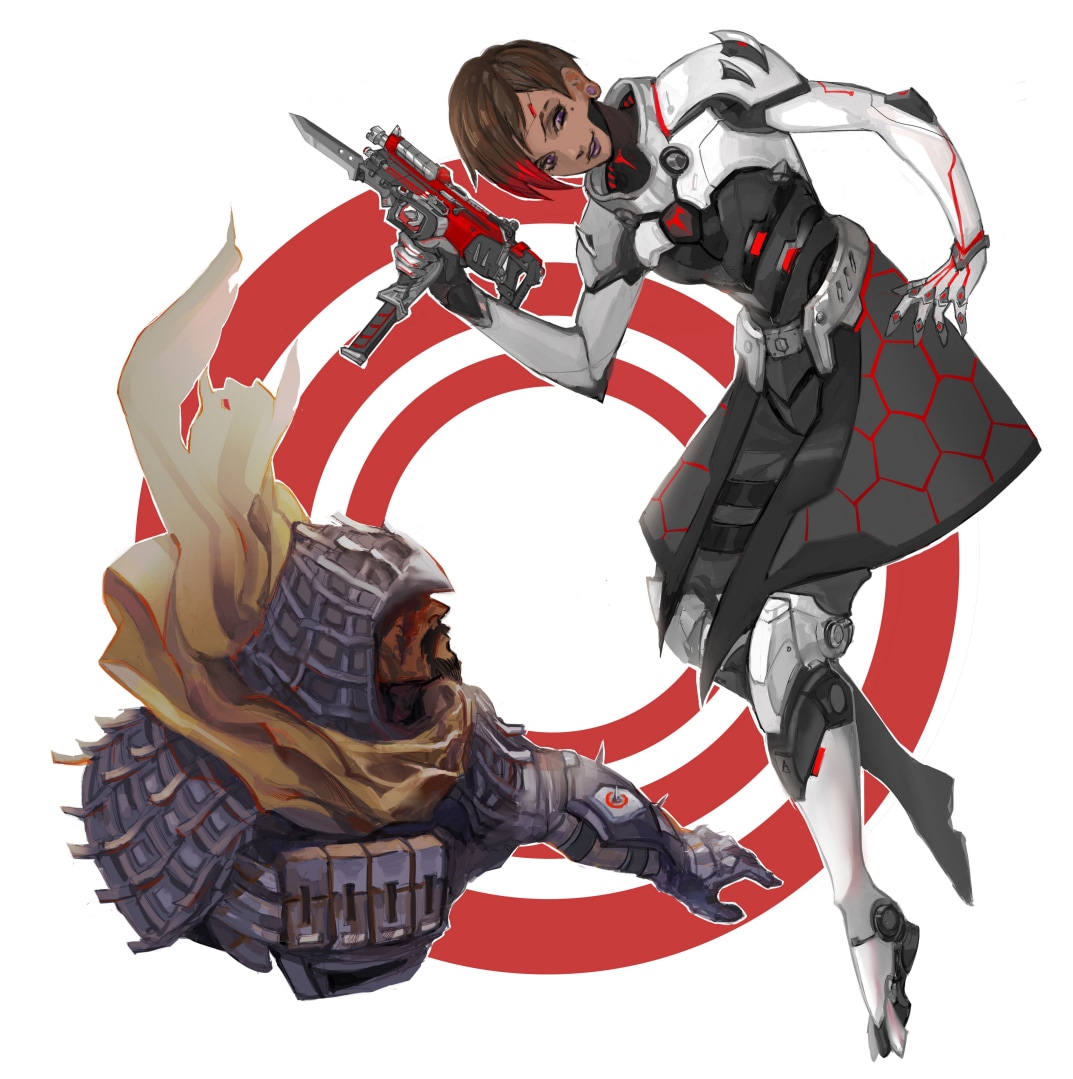 Is there anything you would like to say to Overwatch players?

This is a series of sprays that tell the story of the Reaper's past. I urge you to add the sprays to your collection and use them all over the game!

Thank you, NIRA. It’s been a pleasure to work with you, and your artwork is equally chilling as it is inspiring!

You can unlock the six sprays created by NIRA by watching any Twitch streamer play Overwatch now through March 8. To receive Twitch Drops, don’t forget to link your Battle.net account to your Twitch account.  Be sure to complete the Reaper’s Code of Violence Challenge to earn in game player icons, sprays, and the Legendary Dusk Skin. Don’t miss out on the new Overwatch short story “Code of Violence” by Brandon Easton to learn about Reaper’s journey.