The second Experimental Card Creator Cup is just around the corner! For the past week, players and teams have been diving into the whimsical and wild changes stacked within the new Creator Experimental Card. The teams have all signed up, and now it’s time to see who will climb to the top of the competition!

To broadcast both the NA and EU regional tournaments, the Overwatch Team is partnering with both Overwatch League and Monkey Bubble. 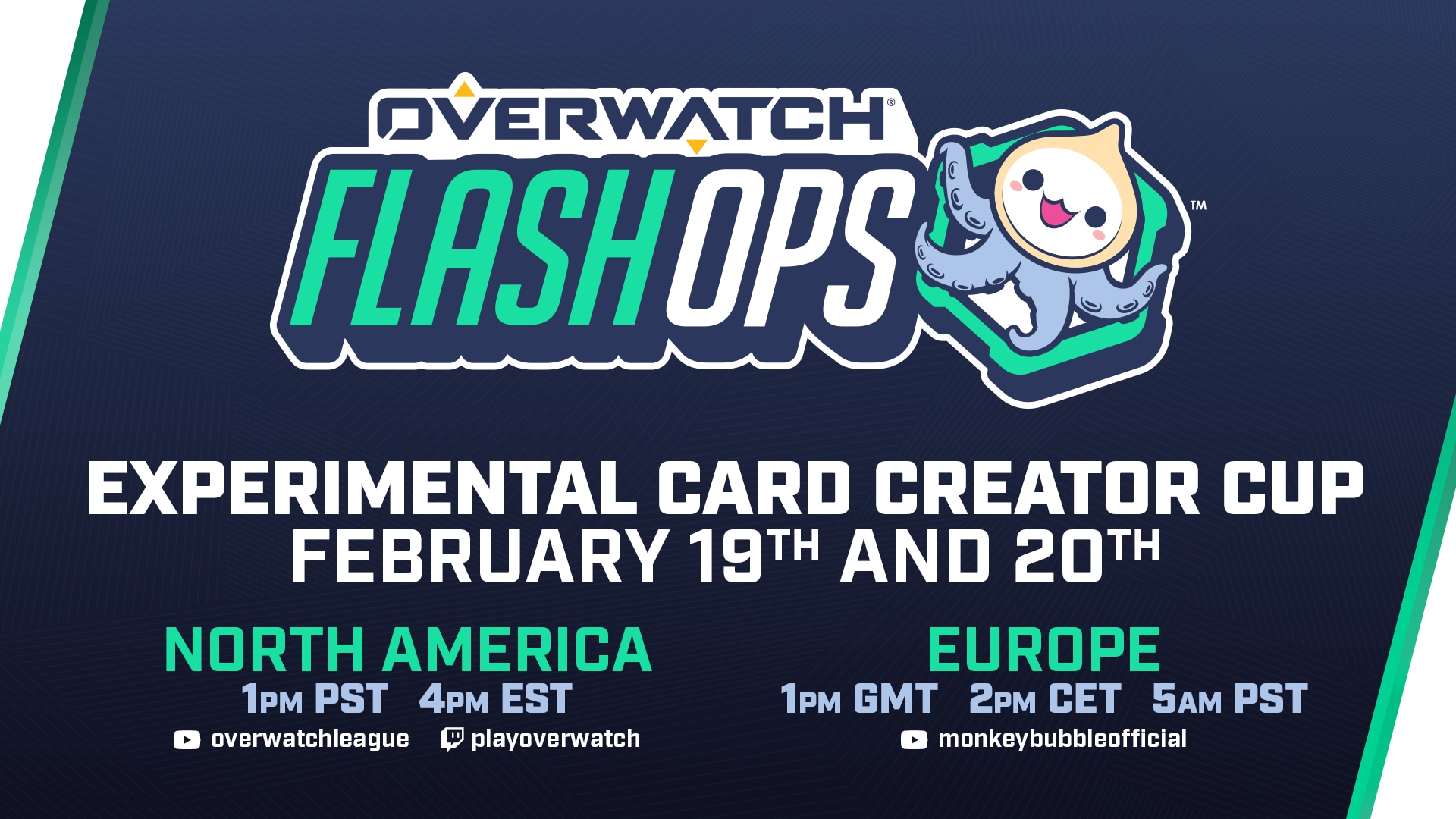 We hope the community had an amazing time playing this over-the-top version of the Creator Experimental Card. While these changes aren’t intended for the live game, inspiration can come from many places.

We wanted to give the creators who helped bring you this version of the Experimental mode an opportunity to share their inspirations and goals one last time before the tournament begins. Here’s what they had to say:

For flex DPS, I wanted to make heroes who have very high skill ceilings more consistent and effective in high-level play. I applied this goal heavily to Doomfist and Genji. In the end, I think I didn’t buff them enough to really put them in the top tier of damage heroes, but my hope is that my changes can inspire something that might one day make it into the game.

My goal for the hitscan changes was to highlight the uniqueness and strengths of each hero. I wanted to enable Widowmaker to engage with flashier quick scoping, and I wanted Reaper to feel more versatile in various situations. My overall intention for all these changes was to bring back the spirit of 2016 Overwatch. I think there should always be a place for hitscan to shine in Overwatch, and I am super excited to see everyone enjoying my changes.

I wanted to combine nostalgia with an overhaul of the way we currently play supports. I thought about how to make them play in different types of team compositions while also adding some quality-of-life changes and buffs. I wanted to explore the possibility of Symmetra returning to the support role to incorporate nostalgia. It’s been super interesting to see the community debate if she’s better as a healer or a damage hero. It’s also been a great opportunity to give newer Mercy players a milder version of the original hero build to understand why everyone is still talking about this ultimate 4 years after being removed.

My vision for this patch was to try a traditional style of tanking, where they have more utility and ability to engage but deal less damage. In general, I hoped to see tanks have more time to create space, suffer less from crowd control effects, and contribute to a fight in a different way. I initially lowered tank damage because I was worried of potentially not nerfing tanks enough, causing them to sabotage the damage role my fellow creators worked on. I’m glad to have received insight from the design team on refining these numbers and hope the community enjoys the changes we made.

Thank you to Jake, W_NTED, ML7, and LemonKiwi; it’s been a privilege for the Overwatch team to collaborate with these talented creators.  We wish every competitor the best in the Creator Experimental Cup.

Good luck and have fun!