A gift for you: Inside the latest Winter Wonderland skins

’Tis the season for the coziest event in Overwatch! We’re introducing new festive, frigid, and fashionable cosmetics to turn every game into a winter wonderland. Some of the gifts you might find in your Loot Boxes include Snowman Wrecking Ball, Ice Wraith Genji, and Sleighing D.Va!

To celebrate the event, we teamed up with concept artists Morten Skaalvik and Yiming Liu, as well as senior concept artists Qiu Fang and Nesskain, to learn more about how these magical legendary skins came to life. 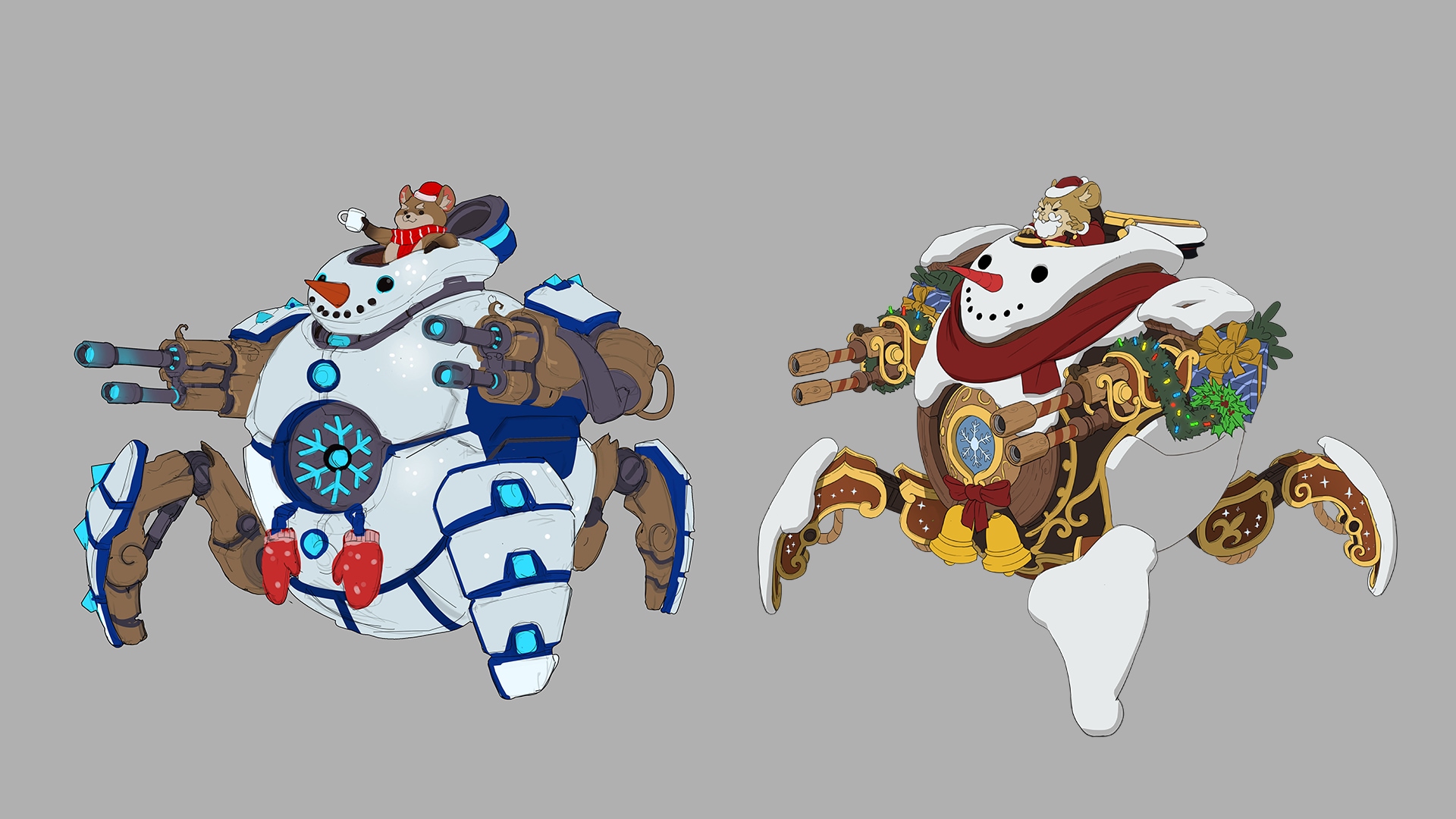 The process of creating a new skin for any hero starts with an ideation phase. This is where Concept Artist, Morten Skaalvik, drafted the first version of Snowman Wrecking Ball. The ideation for this skin was chilly and snowy, with Wrecking Ball cozied up in his snowball donning a red scarf and clutching a cup of joy. After the ideation phase, the art team begins to finalize the concept. Senior Concept Artist, Nesskain, worked to finish this skin by adding extra Christmas flair. “We wanted to make Wrecking Ball’s legs and weapons look like they were built in Santa’s workshop.”  Nesskain finalized the look by infusing Wrecking Ball’s body with holiday spirit and transforming the feisty little hamster into a tribute to jolly old St. Nick. 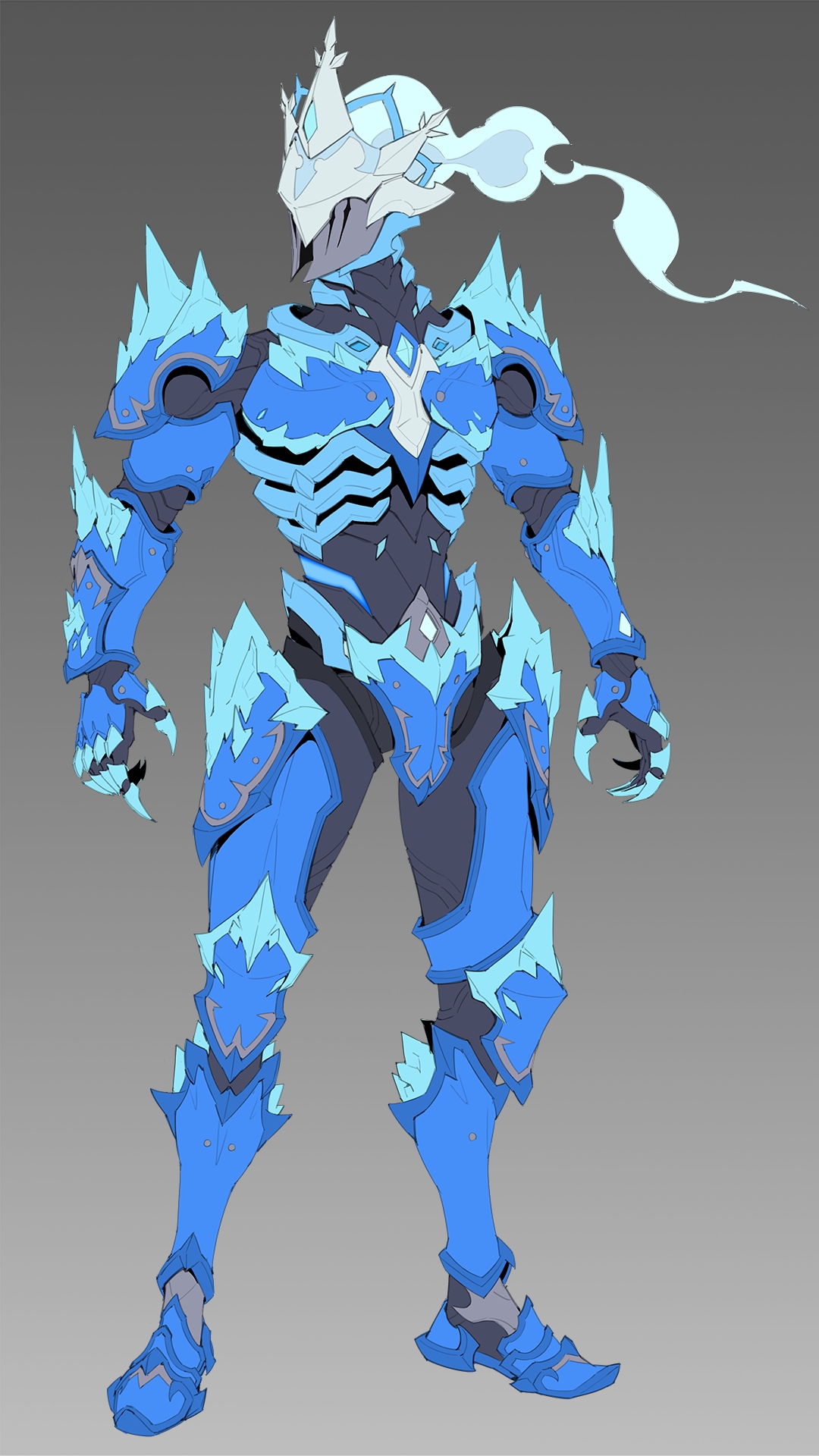 Concept artist Yiming Liu and senior concept artist Qiu Fang teamed up to create the frosty and fierce Ice Wraith Genji. Fang kicked off the initial concept by wrapping Genji in serrated lines and cutting frost you may recognize from other Blizzard properties. "I began the concept phase by drawing reference from snow motifs and sharp edges that fit with Genji’s edgy theme,” says Fang. He was inspired to transform Genji into a mythical warrior encased in ice armor.

Liu refined the skin by drawing upon different references, like Gothic arches and haunting ice wraiths. “We can see a lot of similar archetypes in Wrath of the Lich King,” says Liu. He polished off Genji’s weapons and armor by adding extra detailing, which ended up being the best part of the design for Liu. “My favorite part of the skin is the ice attached to his armor. I first designed the ice as very neat and clean, but with the help of the team, this detail now looks very organic and fits perfectly with the skin.” 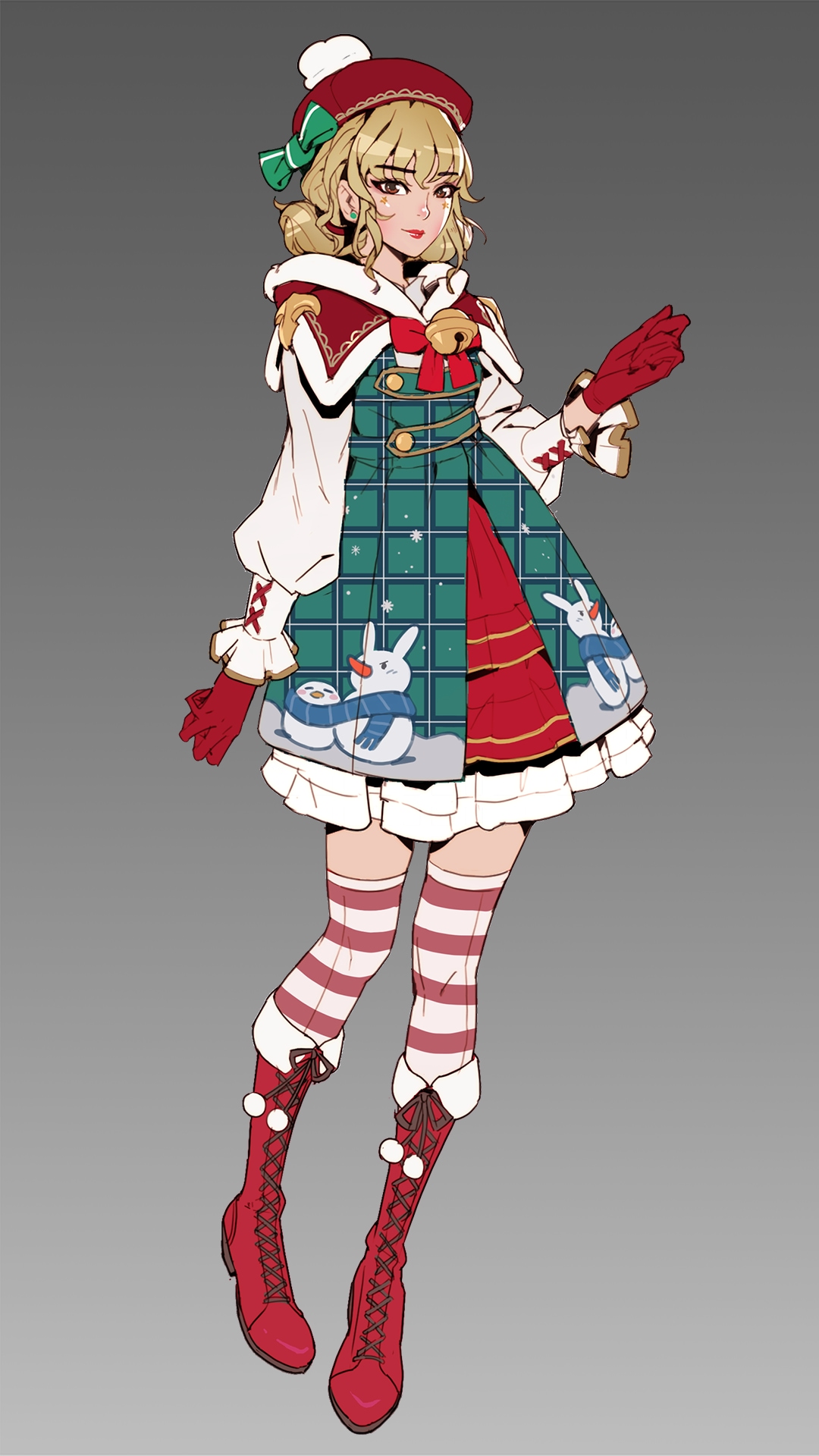 Ice Wraith Genji wasn’t the only Winter Wonderland cosmetic Fang was involved in! He was also responsible for seeing Sleighing D.Va’s concept from ideation to finalization. As D.Va’s second Winter Wonderland skin, the inspiration comes from a different perspective on the holidays. Her dress is inspired by Japanese Lolita fashion, which incorporates wide, Victorian-esque bell-shaped skirts. D.Va’s knee-high socks, paired with the bows in her hair and on her outfit, are essential to the Lolita aesthetic of cuteness. Looking closely at her skirt, you can see that even her signature bunny logo got a frosty makeover. “The pattern on D.Va’s dress was really special for me to work on,” says Fang. “It was also a really fun challenge to make her mech work as a sleigh with the bells and harness on her guns.”

Now that D.Va is decked out in holiday style, she’s ready to slay with her fellow winter-y heroes in the fight! GG.

Winter Wonderland comes to life with these cheerful and bone-chilling cosmetics now through January 7, 2022 at 11am PST. Be sure to jump into the game and unwrap your Loot Boxes for the chance to get one of these new skins!