From now until September 28, players will be able to earn a player icon, seven unique sprays, and Comic Book Tracer (epic) for a total of nine new rewards.

LET’S GET TO IT

Pull out your pulse pistols and pew pew your way into the fight with special comic-themed content available to unlock in-game. Wins in Quick Play, Competitive Play, or Arcade will all earn you a limited-time player icon, a spray, and a new epic skin: Comic Book Tracer!

These special Tracer’s Comic Challenge rewards are a bonus on top of your normal earnings for playing in the Arcade. 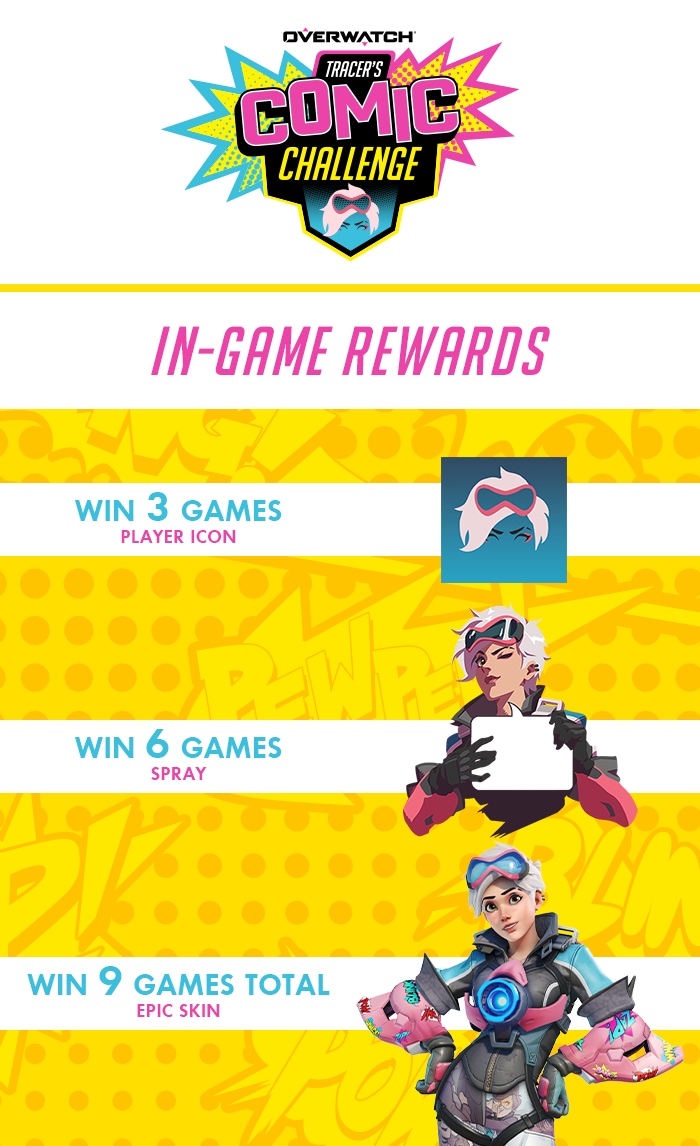 Unlock additional rewards by watching Twitch streamers before, during, or after matches to get even more Tracer-themed cosmetics. Tune in to any Twitch streamer while they’re playing Overwatch now through September 28 to earn six Tracer’s Comic Challenge sprays with sound effects!

IMPORTANT: To be eligible to receive these Twitch Drops, you must first link your Blizzard account to your Twitch account. Visit the Twitch Connections page to log in and complete the link now. 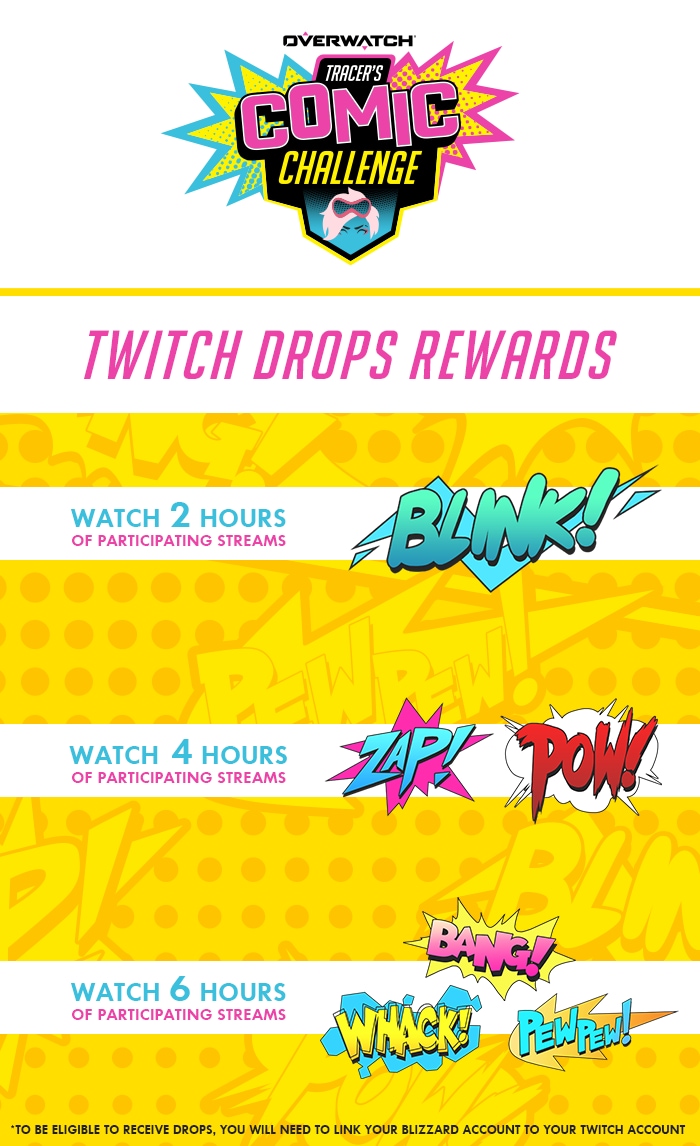 We’ll be spotlighting Overwatch content creators each day throughout Tracer’s Comic Challenge! Catch some of your favorite creators throughout the event to unlock comic-themed cosmetics.

Tracer’s time as an Overwatch agent is up. Five years after the ratification of the Petras Act, she now tends to small-scale crimes as a part-time hero. But when an omnic named Iggy shows Tracer the dire living conditions that have been forced upon London’s omnics, Tracer is determined to help in any way possible—even if it puts her back in the crosshairs.

Follow Tracer’s story, written by award-winning author Mariko Tamaki and illustrated by celebrated artist Babs Tarr, and read the digital version now! Want to add this to your collection? Learn more about this series on Dark Horse Comics.