In this new map type, players will clash to take control of a robot that starts in a central location and “push” it toward the enemy team’s base. Push maps are symmetrical, and the team that guides the robot farthest by the end of the time limit wins the game.

Jeff and Aaron revealed one new Push map: Toronto. The map aims to be a faithful adaptation of several Overwatch developers’ home country, featuring snow, red maple trees, multicultural storefronts, and even a glimpse of the Toronto subway. The map also has a great number of flanking paths; true to Overwatch form, players of this mode are encouraged to coordinate team-play to achieve victory. 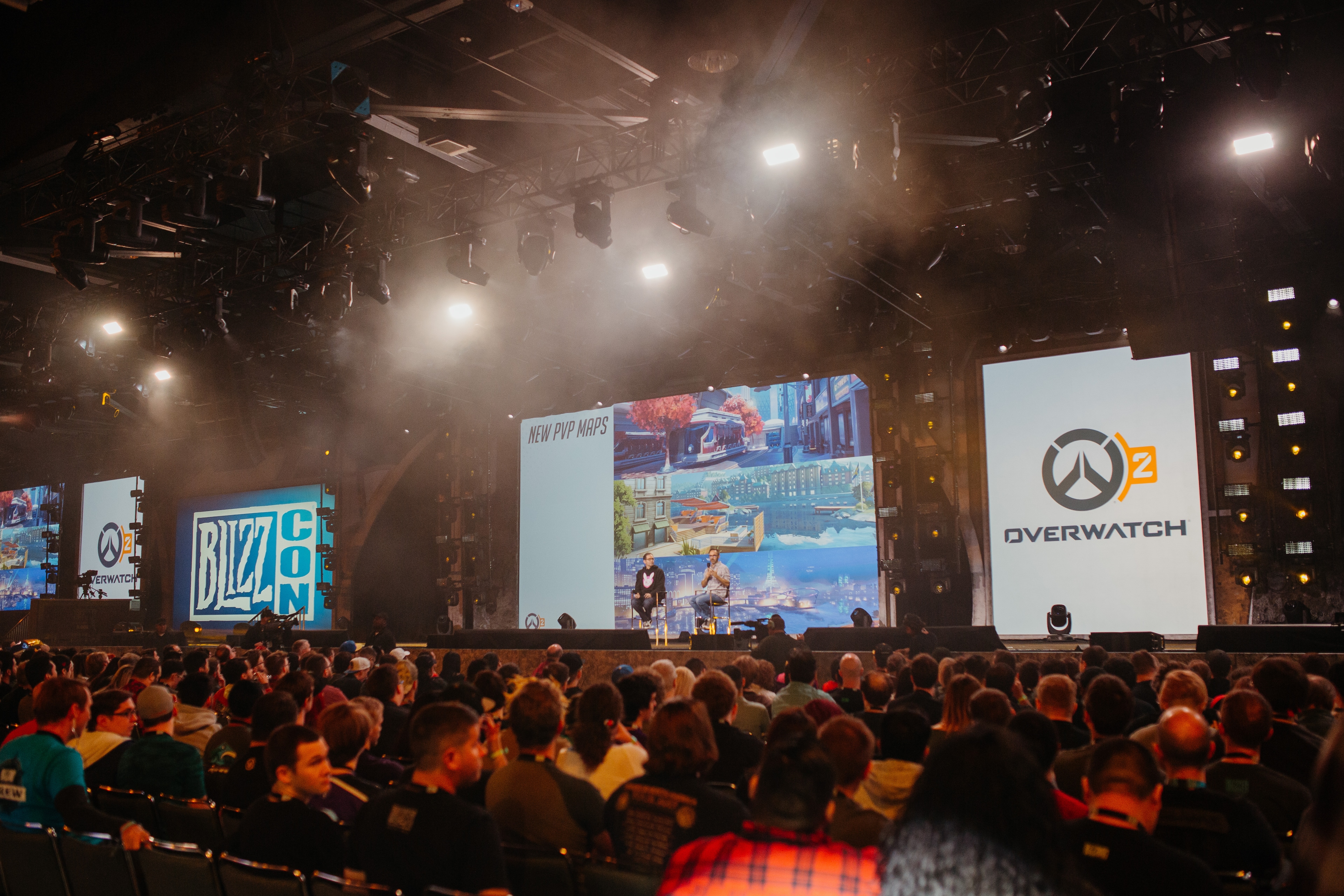 Story Missions and the Events of Overwatch

Since the original game launched, we’ve learned more about the events leading to the shutdown of Overwatch. Following the infamous Petras Act that disbanded our heroes, new threats emerged: Null Sector, Talon, and others still lurking in the shadows. In the face of global unrest, Winston initiated the Recall, issuing a plea to all former Overwatch agents to reunite and stand against injustice.

In Overwatch 2, the heroes finally answer that call. Story and gameplay come together in co-op Story Missions, where players will be able to have an active role in the next chapter of the Overwatch saga through a series of intense four-player missions. The selection of heroes in each Story Mission is specific to the objective, so players will be able to experience a thoughtfully crafted narrative experience. Story Missions will also feature pre-game and post-game cinematics to further immerse players in the rich world of Overwatch.

The team is also experimenting with items in Story Missions. The items featured in the BlizzCon demo are reusable throughout the mission, and vary in function and rarity, allowing for different approaches for different playstyles. Items in the demo include the Healing Station (restores HP to all players in a radius when activated) and Corrosive Grenade (deals damage while making enemies take more damage from other sources).

Hero Missions: Level Up and Power Up

In addition to Story Missions, Overwatch 2 will introduce co-op Hero Missions, where players will be able to answer the Recall as any of their favorite heroes. In Hero Missions, players will travel to varied locations in the Overwatch universe and level up their heroes by going head-to-head with enemies like Null Sector, Talon, and perhaps even others who have yet to be revealed. Objectives on each map vary, offering hours upon hours of replayable content.

As players level up their heroes by tackling Hero Missions, they will unlock talents: powerful, customizable modifications to a hero’s abilities. One sample talent shown at BlizzCon was Chain Reaction, which enables Tracer’s ultimate, Pulse Bomb, to cause secondary explosions on enemies that are damaged by it.

Talents allow progression for every hero on the roster, giving players the opportunity to branch out, customize their play experience, and feel overpowered as they tackle missions.

Along with the gameplay, Overwatch 2 will feature a complete visual enhancement. Heroes will have a brand-new look, with greater detail and higher fidelity, and a revamped engine allows for more expressive faces and emotive storytelling. The HUD is also receiving an update, making text more readable and the UI easier to parse without intruding on the on-screen action.

Sojourn, a character you might remember from the Storm Rising event, is one of the new heroes who will be joining the fight in Overwatch 2. We will share more details on Sojourn and other Overwatch 2 heroes in the future.

We’re really excited for everything Overwatch 2 has in store. Check out the website for more details and stay tuned!