Blizzard Entertainment | 2/22/2019
In the modern day, Paris has established itself as one of the most important art cities in the world. The most obvious impression comes from the art nouveau stylings that can be seen around the city which is flourishing after decades of rebuilding. But not all of the city's fantastic art is found in galleries and museums. Find bold street paintings by revolutionary omnic artist Liberte in the Quartier Omnic. 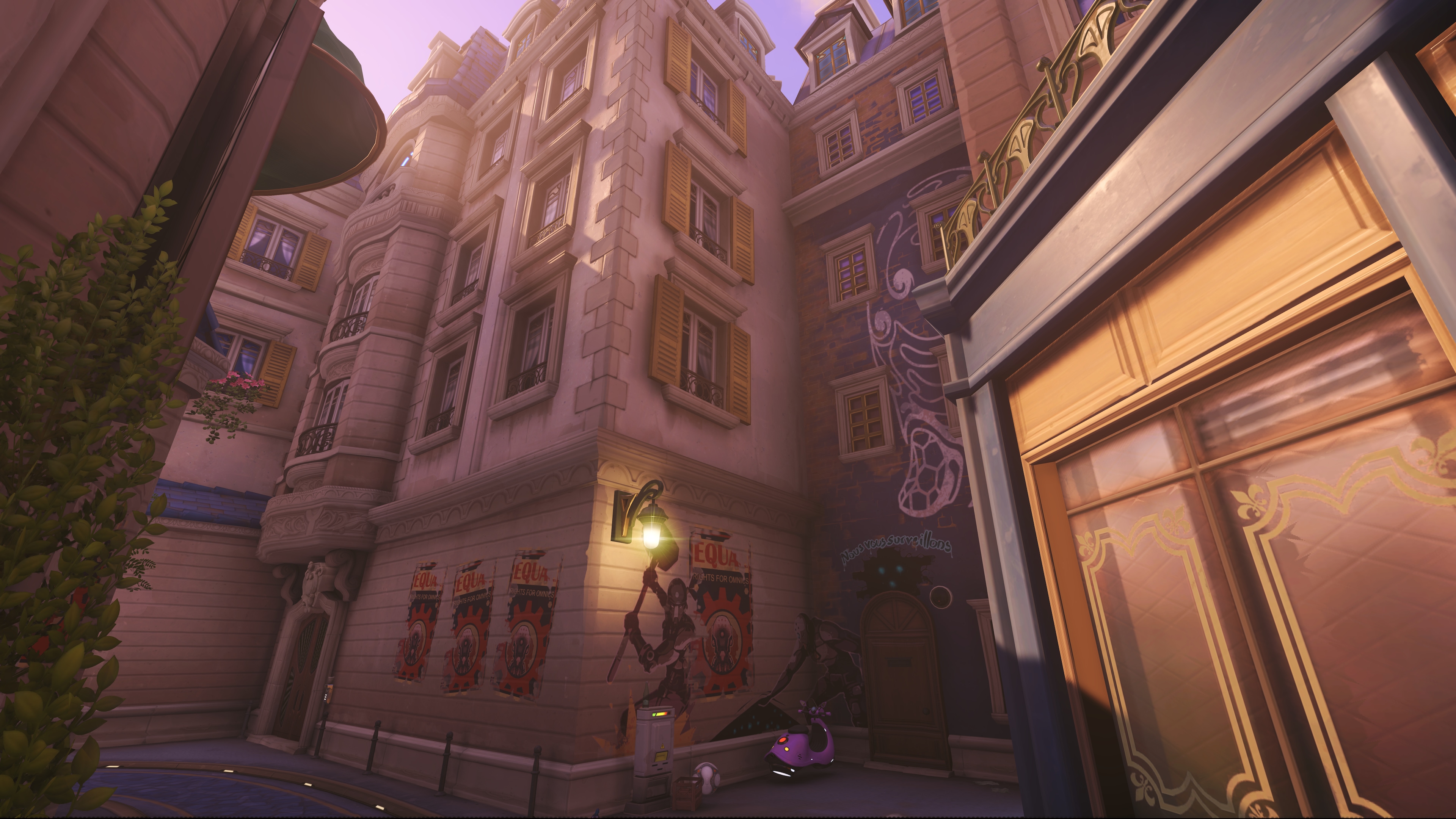 Expect traffic delays and increased security presence near the Maison Marat over the weekend. A grand gala is being held to celebrate the recent passage of controversial omnic rights legislation.

Don't forget to feast your ears at the Cabaret Luna. The eponymous Luna performs at the seven nights a week without fail. A place where everyone is welcome (except lousy tippers!), cozy up alongside movie stars, locals, revolutionaries, and other guests to catch the City of Light's preeminent diva.

There's a new omnic chef at Parisian institution Les Deux Escargots, but have no fear, the escargot are still on the menu (and on the signs!) and early reviews say that it now has service to match the food!

Try artisanal treats so good that even criminals want a bite. Pâtisserie Galand, known for their delicate mille-feuille and colorful macarons, has reopened after being closed for repairs following an audacious daylight robbery! The two miscreants didn't take any money: all they wanted were the delicious, sweet masterpieces that Pâtisserie Galand is famous for.

Paris is a city of hidden gems, search out the speakeasies and hidden places as you roam the city. The right word might get you into a place you never knew existed.