The endorsements are in: head to worldcup.playoverwatch.com and log into your Blizzard Battle.net account to see your nation’s runoff Competition Committee slate of coaches and community leads. At the end of phase two of voting, one coach and one community lead will rise to the top.

Here’s how it works:

You can only vote once, for one candidate per role, so choose wisely!

This phase of voting runs from today through May 30 at 9:30 a.m. PDT. After the votes are tallied, on May 31 we will announce the full Competition Committees (including GM, which is selected by Blizzard) for each Overwatch World Cup nation. All three positions will enjoy equal say regarding which players will be included on their proposed team roster. 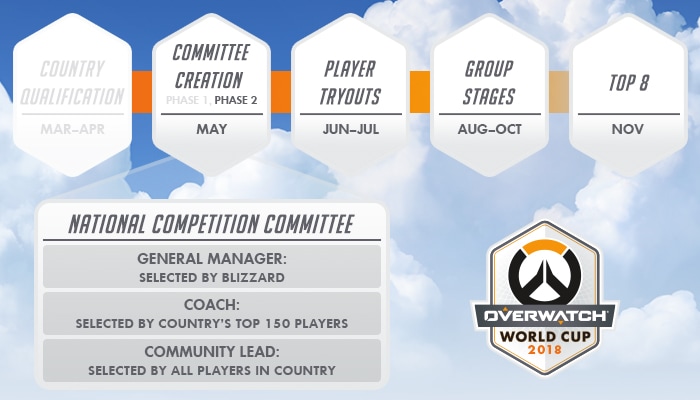