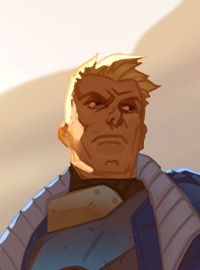 OSLO, NORWAY — Global peacekeeping organization Overwatch today* announced it will be conducting a full review of security procedures following a recent attack on their facilities in Oslo, Norway.

At a televised news conference, Commander Jack Morrison stated that a complete investigation of the incident is ongoing, and that at this point it is too early to identify the parties responsible. Morrison issued a stern warning to the perpetrators. “Overwatch will not rest until the ones behind this attack are brought to justice."

Morrison confirmed that Overwatch has identified a number of suspects behind the strike but declined to provide further details.

*Editor's Note: This archived article appeared in an edition of Atlas News published eight years ago.