Overwatch Contenders showcases some of the best talent in North America and Europe, while Overwatch APEX—now in its fourth season—features South Korea’s most prestigious players. Our Overwatch Pacific Championship is broadcast from the Blizzard E-Stadium in Taipei, Taiwan, and our Chinese players will be showing off their skills in the Overwatch Premier Series, happening live from Shanghai.

Never miss a moment! Here's our full schedule of official events for September 2017: 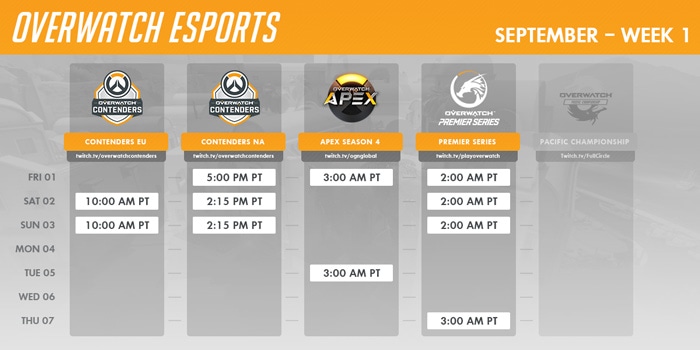 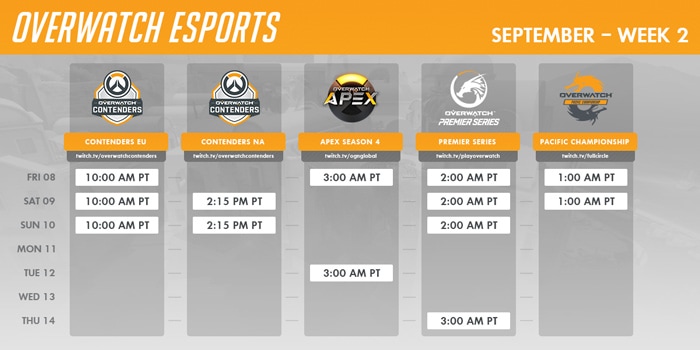 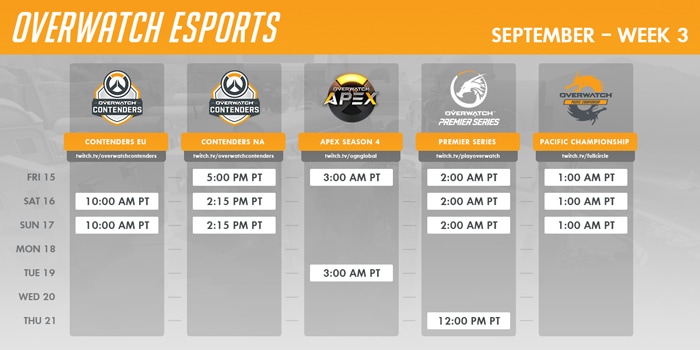 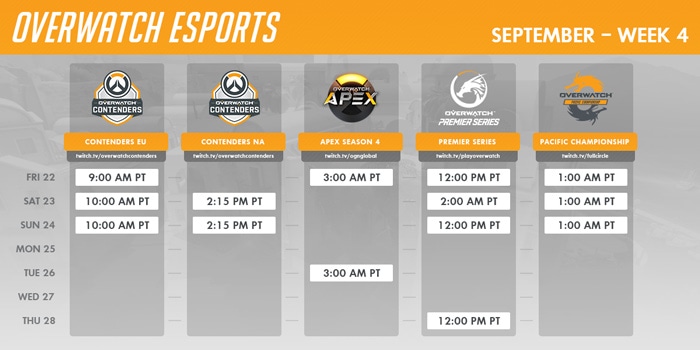