The true enemy of humanity is disorder.

A Better World, the fourth in our series of free digital comic shorts, follows Symmetra as she embarks on an unexpectedly dangerous endeavor in corporate espionage.

In "A Better World," when the Vishkar Corporation's proposal to remodel a Brazilian city center is blocked by the mayor, the company calls on Symmetra—the secret identity of Vishkar architech Satya Vaswani—to get the contract by any means necessary. But when events explode out of control, Symmetra finds herself in over her head… and winds up questioning her mission. 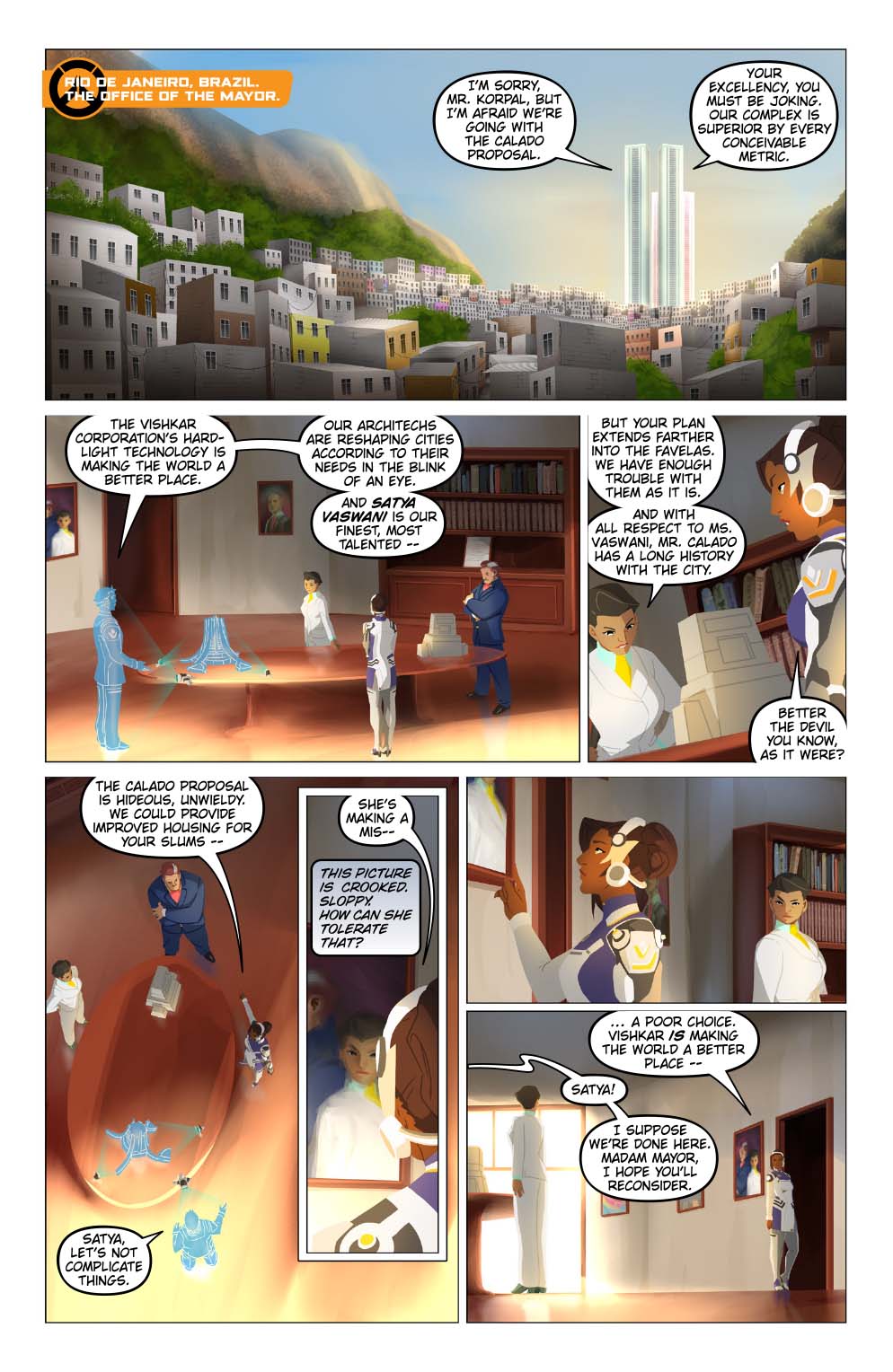