Widowmaker's web is spun...but who is her intended prey? Watch "Alive" now to find out!

Did our first animated short, "Recall," leave you eager to explore more of the world of Overwatch? Well, get ready—three more are on the way! Next up: Alive.

"Alive" weaves a tale of Widowmaker, the peerless Talon assassin who stalks her prey with deadly efficiency. In this episode, we spend a fateful night in London's King's Row—where you'll discover how one death can change everything. 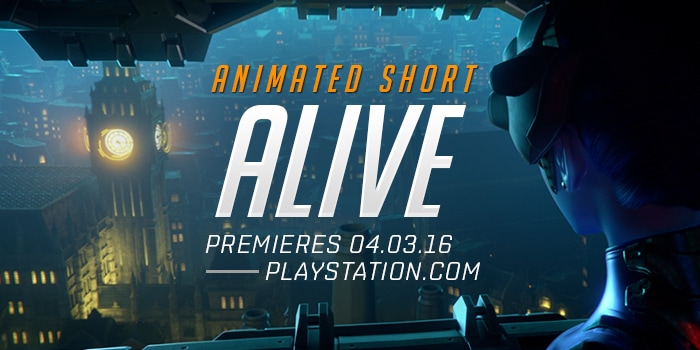 Set your sights: "Alive" premieres exclusively on PlayStation.com April 3 at 12pm PT. If you live in the United States, be sure to tune in to The Walking Dead that night on AMC to catch a special 60-second teaser!