Exploring the World of Overwatch

The fight for the future begins May 24, and soon players everywhere will be able to experience the world of Overwatch firsthand. As you team up with friends and fellow players, you'll also get to know our globe-spanning cast of soldiers, scientists, adventurers, and oddities—both inside the game and out.

Interested in the story behind Genji's and Hanzo's in-game banter? Wondering why Tracer and Widowmaker don't seem to get along? Curious about all those jars of peanut butter scattered around the lab in Watchpoint: Gibraltar? You'll have a chance to dig deeper into these characters' histories and explore their world beyond the battlefield through a collection of animated shorts, free digital comics, graphic novels, and more.

Here's a quick update on Overwatch's expanding universe and some new things we've been working on, too!

With Overwatch, we're continuing our long tradition of creating epic cinematic experiences, and we've been hard at work on the series of animated shorts we first showed you at BlizzCon 2015. Over the next two months, these shorts will illuminate the stories behind some of our most iconic heroes and reveal more about the future they're fighting for.

In addition to the animated shorts, we'll be releasing a series of free digital comics leading up to the launch of the game. Created in collaboration with a variety of writers and artists, our first six-issue series of "comic shorts" will focus on different heroes, such as the deranged criminal duo of Roadhog and Junkrat, as well as Overwatch's knight from a bygone era, Reinhardt. 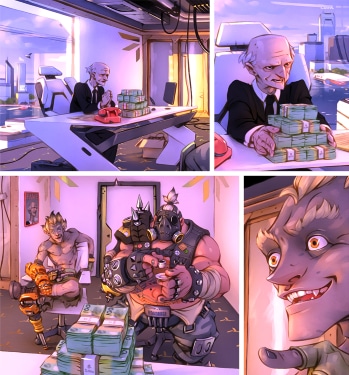 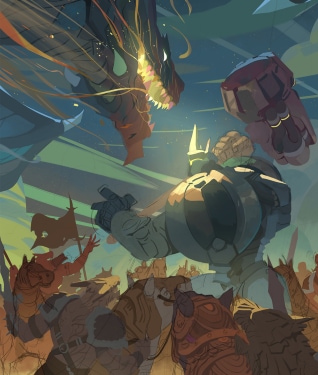 Debuting in April, our first comic short tells a story about the vigilante gunslinger McCree. Check out the cover below!

Finally, we have the upcoming Overwatch graphic novel, First Strike, which takes place during the Omnic Crisis—the global robot uprising that unfolded decades before the events players experience in-game. Written by Micky Neilson and with art by Ludo Lullabi, First Strike explores the early days of Overwatch, the elite international strike team that was assembled to save humanity. You'll learn more about the origins of some of its founding members like Soldier: 76, Torbjörn, Reaper, and Reinhardt, years before the events of the game!

Take a look at a brand-new teaser for First Strike, coming later this year: 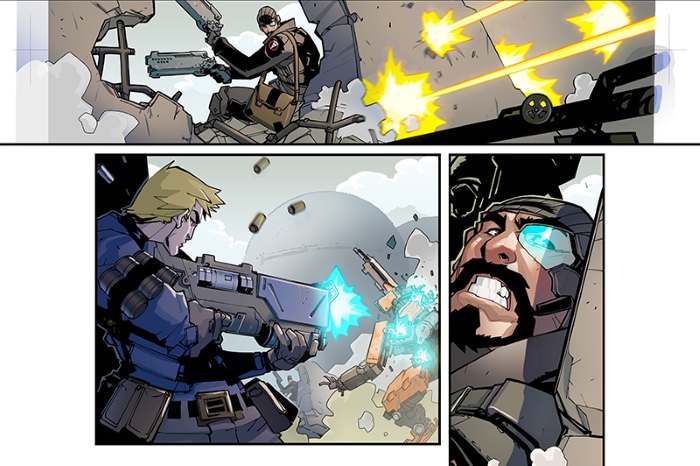 Of course, that's only the beginning—we can't wait for you to dive further into the world of Overwatch, and we’re looking forward to playing with everyone soon!