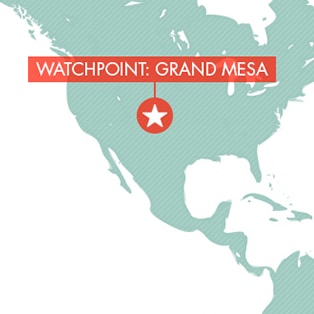 According to United States government spokesperson Marc Guerra, the incident occurred around 4 a.m. local time on Monday at Watchpoint: Grand Mesa, a remote facility in Colorado's Rocky Mountains. Helix Security International personnel who were stationed at the former Overwatch base engaged in a firefight with the attacker, but they failed to apprehend him.

One of the guards, speaking on condition of anonymity, claimed that the assailant possessed speed and strength beyond anything "a normal person" should be capable of. "He was a professional," the guard also said. "Confident. Surgical. Had all the hallmarks of someone with advanced military training."

No deaths were reported. Several Helix employees are being treated for non-life-threatening injuries.

This event comes after a week during which multiple former Overwatch bases were targeted. In each case, the intruder stole experimental weaponry and other military equipment from the facilities. Guerra has confirmed that similar items were taken from Watchpoint: Grand Mesa, including a prototype for a heavy pulse rifle.

"This is a highly advanced weapon, originally developed by Overwatch," Guerra said. "We believe the assailant intends to sell it on the black market. Our greatest fear is that it could end up in the hands of a terrorist group or a rogue nation."

Guerra would not comment on the intruder's identity, which remains a mystery. However, he stated that the assailant is connected with a series of recent attacks at financial institutions and corporate buildings around the country. "Multiple US government agencies are working together to track down this dangerous individual," Guerra said. "Rest assured that we will bring him to justice."