Fires 3 shots at once, in a triangle pattern.

Fire a volley of sticky bombs that detonate after a delay.

Channel a beam for a few seconds. Deals very high damage to targets under half health.

Become a copy of the targeted enemy hero. They cannot swap heroes for the duration. 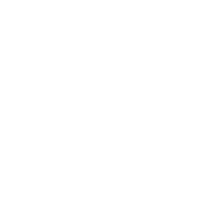 Hold jump to glide while falling.

To chart the origins of the Echo project, it is important to delve into the personal history of Singaporean scientist Dr. Mina Liao, who would later become perhaps best known as one of the founding members of Overwatch. But prior to joining the organization, Dr. Liao was widely considered one of the preeminent experts in the fields of robotics and artificial intelligence, and an employee of Omnica Corporation. There she worked on the team that was responsible for the design and creation of the omnics that would ultimately wage war against humanity during the Omnic Crisis. Ultimately, it was this expertise that led her to be recruited into Overwatch to help stop her creations.

Even that catastrophe was not enough to dissuade Liao of her firmly held belief in the potential artificial life and its power to transform the lives of humanity for the better. She dreamed of improving upon the original omnic designs. These theories would become the foundation of the Echo project. However, due to Overwatch’s restrictions on artificial intelligence research and development after the Omnic Crisis, Liao was forced to limit Echo’s capabilities. What she created was a multirole, adaptive robot that could be programmed to learn different functions: anything from medical support to construction: but had serious limits to its independent decision making. Critically, Echo had multiple layers of protections, failsafes, and security to keep it under control. Echo was used successfully on test missions alongside Overwatch strike teams, but Overwatch leadership was reluctant to put it into full service.

However, the truth was that Liao had programmed Echo with a powerful, general artificial intelligence that learned by observation. After thousands of hours in the scientist’s presence, much of Liao’s behaviors (including her speech), were adopted by the Echo robot. This secret that was known by very few, including Blackwatch agent Cole Cassidy, who had, at times, been assigned to guard the scientist. When Liao was killed in attack on an Overwatch facility, Overwatch’s leadership was reluctant to continue pursuing such a dangerous project, and all development on Echo was shut down, and the robot was placed into quarantine.

Having joined up with the new Overwatch team to defend Paris against the Null Sector incursion, for the first time, Echo is seeing action as a full-fledged team member. But as she is exposed to new people, new ideas, and new situations without Dr. Liao to guide her, no one knows how she might evolve in the future.