Check out videos from Overwatch content creators where they share their stories and secrets. From epic moments to tips & tricks, learn from community members so you can play like the best and be better than the rest.

Join us as we celebrate five years of fighting for the future! We're bringing back fan-favorite brawls and packing Anniversary Loot Boxes with commemorative items from the past and five new legendary skins! Log in to earn a Legendary Anniversary Loot Box and pick up an extra if you purchase a 50 Loot Box bundle!

|View All
View All

Slow down time, rain destruction from above in a jet-powered armor suit, or pilot a superpowered hamster ball: In Overwatch, every hero has a unique set of devastating abilities. 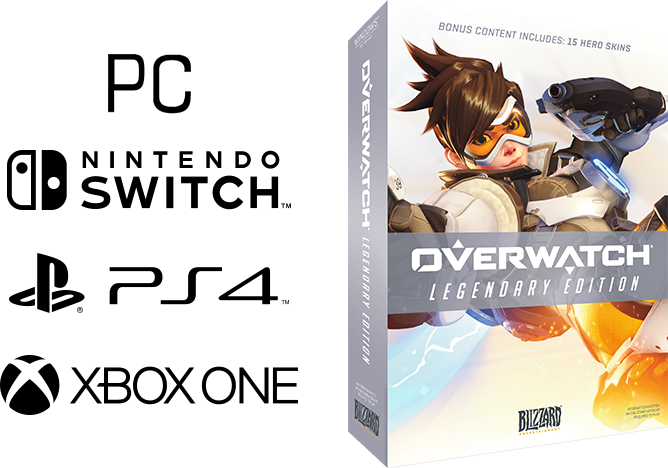 Join the fight for the future in the ultimate team-based shooter.