UPDATE: The votes have been cast and we are pleased to announce the winners of the first-ever Overwatch Cosplay Battle! Visit the official site to discover the winners and their amazing cosplays.

Over the past few months, teams of top cosplayers from across Europe have been carefully crafting representations of some of your favorite heroes for the first-ever Overwatch Cosplay Battle. They’ve now completed their amazing creations, and it’s time to decide which of the six countries will prevail.

An official jury of Blizzard artists and cosplay professionals will be selecting a Grand Prize winner based on accuracy, craftmanship, and originality… and we’re also calling on you to cast your vote for the Community Favorite!

Will it be the UK’s Forest Spirit Orisa, France’s Magni Torbjörn, Russia’s Classic D.Va, Spain’s Baihu Genji, Italy’s Blackwatch Genji, or Germany’s Dragon Symmetra? Visit cosplaybattle.playoverwatch.com to check out the finals cosplays and to vote for your top pick. 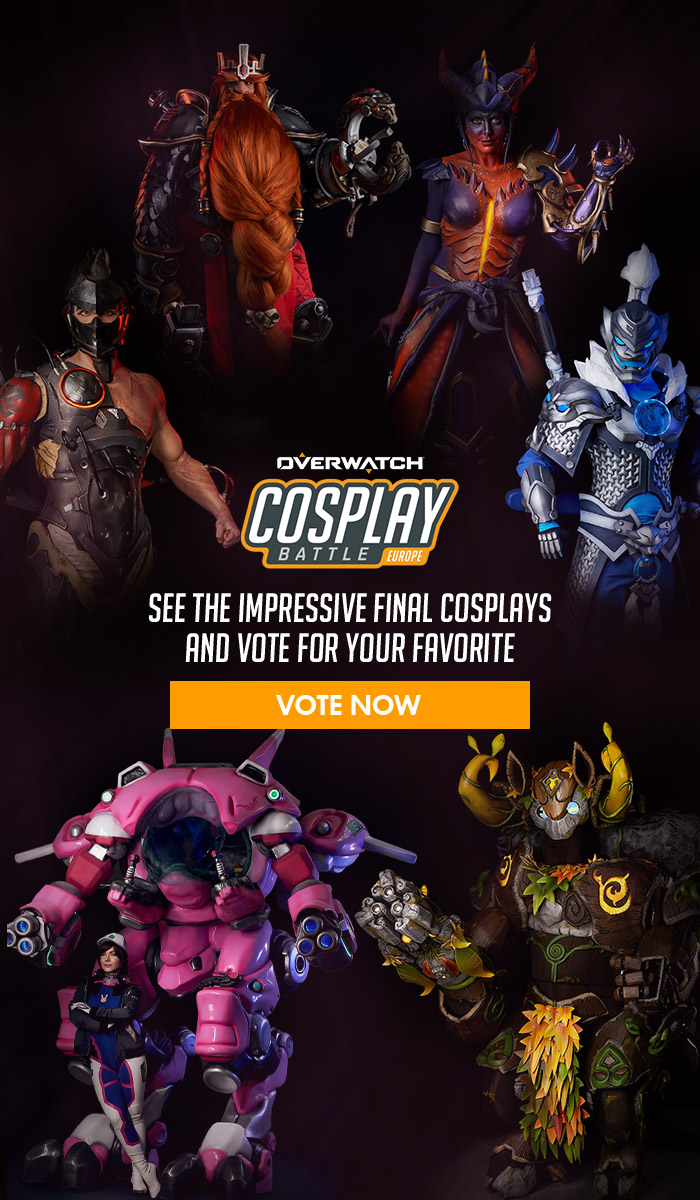 By voting, you can also enter to win one of 10 Overwatch goodie bags that include the limited-edition Art of Overwatch artbook, an Overwatch backpack, six mini Pachimaris, Junkrat and Roadhog collectible vinyl figures, and more. Simply submit your name and email address in the voting form and follow the steps for additional chances to win.

You’ll have until 23:59 CET on Sunday, March 24 to vote, and we’ll be announcing the Grand Prize winter and Community Favorite shortly after.

Head to cosplaybattle.playoverwatch.com to cast your vote now!

All games, one app:
Battle.net Desktop App
©2021 Blizzard Entertainment, Inc. All rights reserved.
All trademarks referenced herein are the properties of their respective owners.
Do not sell my personal information