We’re bringing the excitement of the action-packed animated “Shooting Star” short into Overwatch by making some of the special content in the short available to unlock in-game. Your wins in Quick Play, Competitive Play, or Arcade will all earn you additional limited-time D.Va sprays, a player icon, and a new epic skin: NANO COLA D.VA! 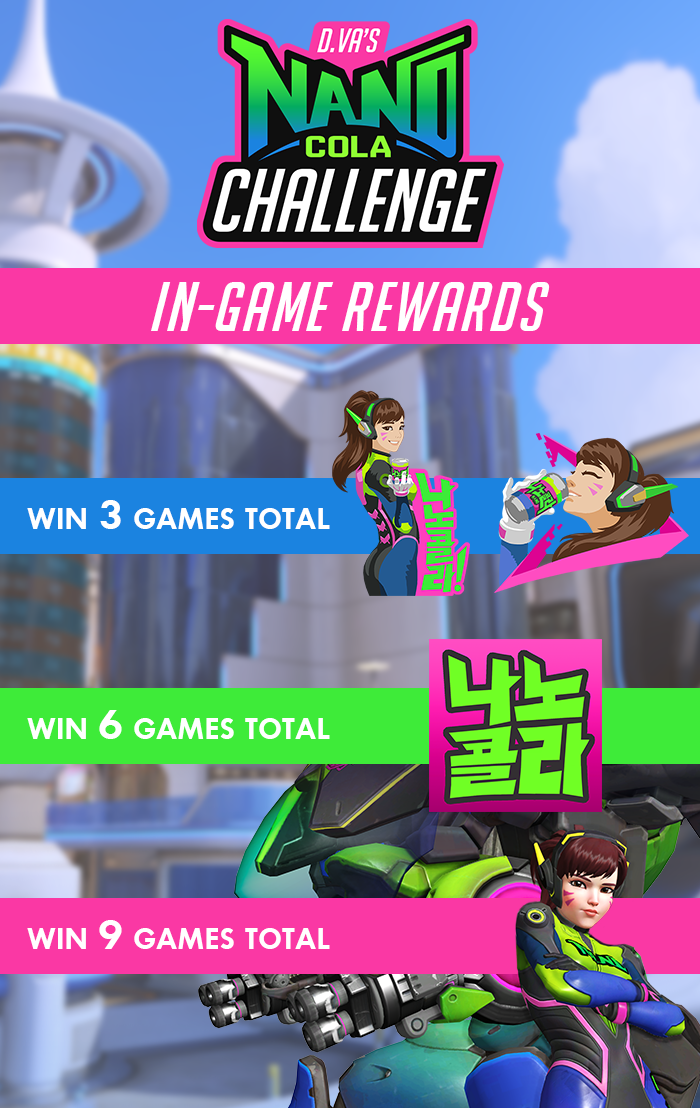 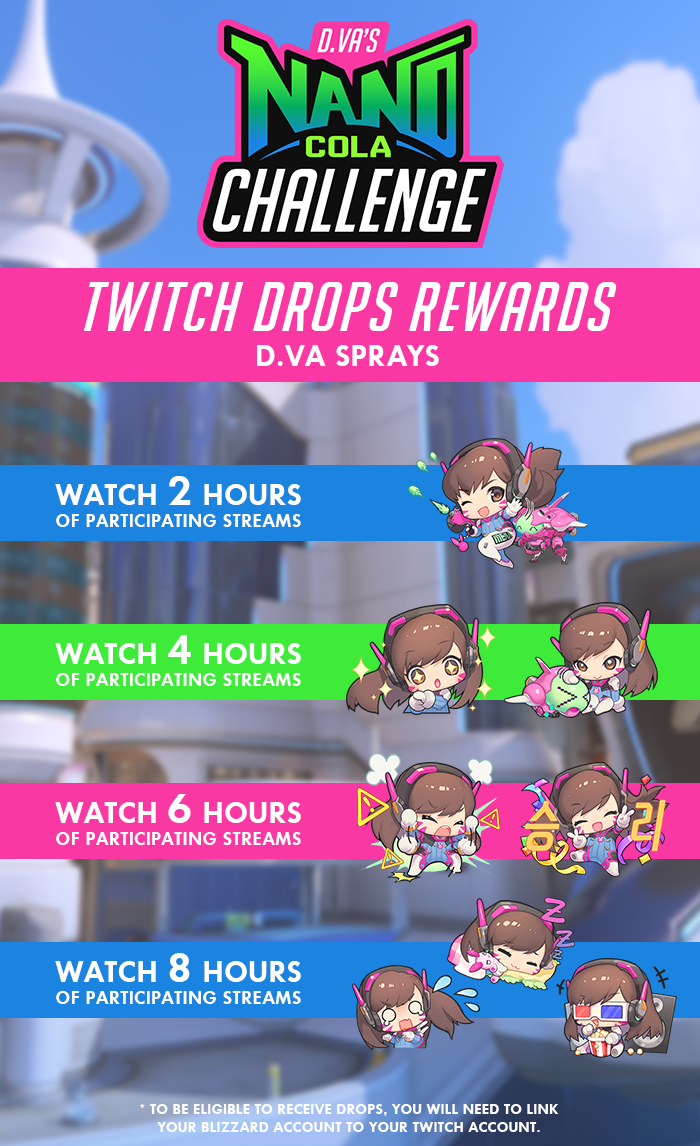 D.Va’s Nano Cola Challenge Twitch Drops will be available August 28-September 10 on select Twitch broadcaster channels—see the full list of participating channels below. If you would like to support a particular streamer during the promotion, you may watch them (even outside of their listed hours) and unlock these rewards. For more information on Twitch Drops, click here.